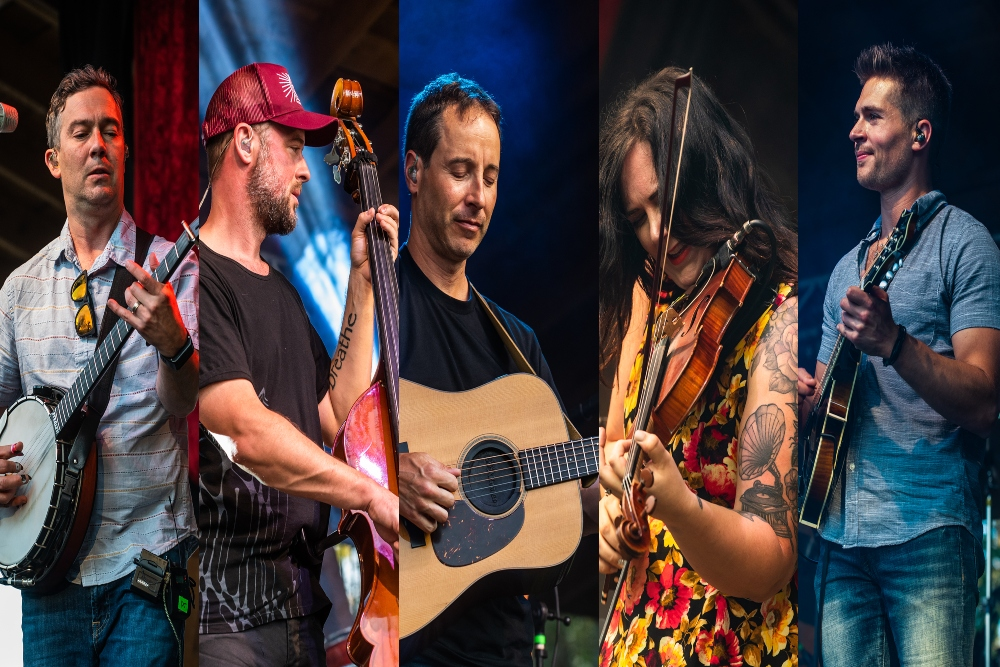 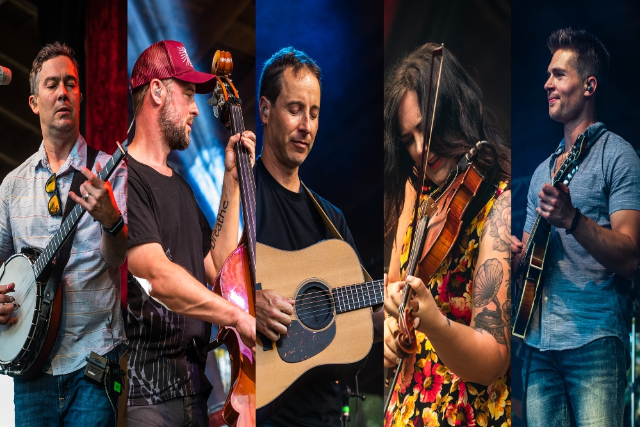 For the past 20 years, Yonder Mountain String Band has redefined bluegrass music, expanding the traditional acoustic genre beyond its previously established boundaries by steadily pushing the envelope into the realms of rock n’ roll and improvisation. YMSB—guitarist Adam Aijala, bassist Ben Kaufmann, banjo player Dave Johnston, Jacob Joliff on mandolin and violinist Allie Kral–has always played music of their own design, in the process attracting a devout following of fans that often resembles a tight-knit family on an epic musical journey as Yonder traverses the country with an ambitious tour schedule. Yonder is a quintessential ensemble honing its craft night after night on the road, and the fans are there to experience it in real time. The result is music that doesn’t stand still, it’s always progressing and breaking unprecedented ground.

Yonder Mountain String Band’s last new album, LOVE. AIN’T LOVE (2017) is undeniably the Colorado-based progressive bluegrass outfit’s most surprising, creative and energetic studio excursion (of their 12 studio offerings) to date. Songs like “Chasing My Tail” and “Alison” are rooted in tradition but as current as tomorrow, animated by electrifying performance, vivid production, and the modernist power that has made Yonder one of the most popular live bands of their generation. Melding sophisticated songcraft, an irrepressible spirit, and remarkable instrumental ability, LOVE. AIN’T LOVE is a testament to Yonder Mountain String Band’s organic, dynamic, and intensely personal brand of contemporary bluegrass-fueled Americana. Of the album, Rolling Stone said it’s “modern bluegrass and punctuated by genre-jumping excursions into world music, reggae and all points in between.” And having logged well over 2100 shows together, the band has amassed devoted fans and critical acclaim along the road, with Glide Magazine hailing them as “a cast of likeable characters that let their joyous spirits and ace instrumental capabilities do the talking.”

The band has hit the road in 2019 armed with new material that will first get road-tested, and get the studio treatment later this year. This material will undoubtedly be in line with the what you’d expect from Yonder Mountain String Band: edgy and genre-defying music without boundaries.