Guttermouth, Fine Dining, One Square Mile, By All Means
Skip to content 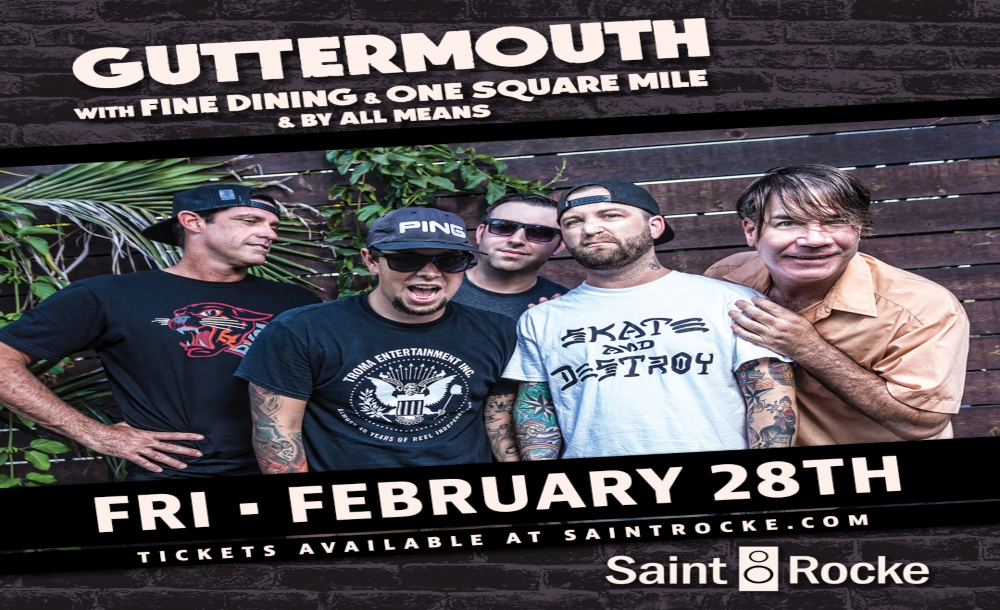 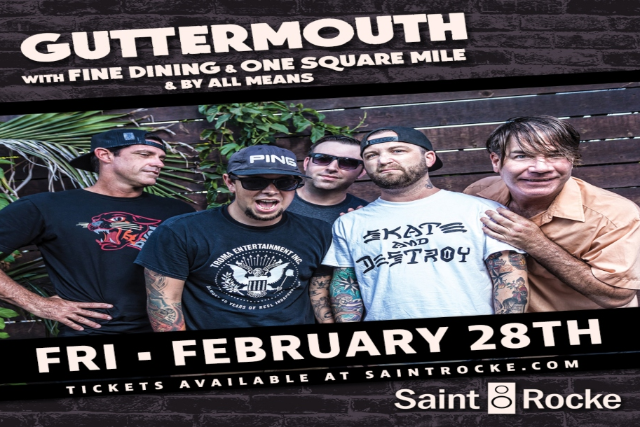 “I can’t even go to a show anymore. It’s like going to church group!” complains Guttermouth front man Mark Adkins. “Kids don’t party and drink and have fun and chuck bottles in the parking lot anymore. Their parents just pick them up and drop them off. For lack of a better term, it’s gay.”

Before you call the Political Correct police with reports of homophobia, realize that Adkins and Guttermouth have been wracking up violations of the PC code for well over a decade now. Third-grade synonyms for “stupid” aside, he and his band aren’t letting up on their latest, Eat Your Face. After all, the punk smartasses feature an ode about killing an annoying neighbor’s infant (“My Neighbor’s Baby”) and a very non-ironic (sorry hipsters) use of the hot-dog-as-penis metaphor (“Hot Dog to the Head”) on Eat Your Face. The kinder, gentler and more socially responsible punk rock of the new millennium? Guttermouth says you can stuff that notion, along with your trendy, asymmetrical hairdos. Once again, the band reminds us that before there were shopping 0-malls pushing punk fashions and the style was a major-label cash cow, it was about pissing off as many people as possible, maybe even you included.

Along the way, the band also nails trendy punks (“The Next Faux Moheekon”), the hype that surrounds certain election-year punk rock politicizing (“Party of 2”) and goofy newbie surfers (“Surf’s Up Asshole”). Of course, every band has a couple favorite muses. For Nirvana, it was heroin and Courtney’s pasty thighs. For Guttermouth, it’s beer and hard liquor, both of which inspired a handful of party-punk tracks (“NRAAA,” “Wasted Lives” and “Second DUI”).

Everyone, including Adkins, knows Guttermouth’s lyrics won’t be quoted in lonely-kid web blogs or be hailed as the voice of a generation. Since when did punk rock become so snooty, anyway? Eat Your Face recalls the glory days when Los Angeles punkers weren’t singing about heart-wrenching, adolescent breakups or preaching electoral politics, but cynically cracking on Oki Dogs, T.V. Parties and Group Sex.

In a punk world choked by do’s, don’ts and a list of scene etiquette, Guttermouth’s disdain for those rules (dare we say nihilism?) is as welcome, and gut-wrenching, as a musical Heimlich maneuver. Continuing the tradition of the Dead Milkmen and Mojo Nixon, Eat Your Face reminds listeners that there’s more to punk’s snide humor than the scatological humor and sophomoric boobie jokes of the mall-punk set. It’s not giggle-giggle comedy, either. Rather, it’s the sort of joke that has its butt, and gleefully disobeys the “If you can’t say anything nice, don’t say anything at all” maxim.

“It’s just the stand-up comedian of punk,” Adkins explains of his lyrics. “You just do cheap one-liners and attack the masses, with a nice background to it. Next thing you know, you have something going. We’re the take off your shoes band of punk. We just take off our shoes and write a record and cruise through everything.”

Did we mention Eat Your Face rocks? Really. Okay, we pulled your leg when we said that about the acoustic/electric hybrids on the band’s 2002 Epitaph Records release, Gusto, but we’re serious about Eat Your Face. Experimentation out of its system, Guttermouth hasn’t sounded nearly as snotty, witty or driven in years. Guitars blaze and clatter with La Habra’s punk and hardcore legacy while, underneath the punk-rock flotsam and jetsam, melodies playfully swim around like a school of clownfish.

No cow is sacred. No beer is safe. No line can’t be crossed. Guttermouth’s back, with another round of beers, jokes and, best of all, that don’t give a damn attitude that made us fall in love with punk the first time around. That or hate it. It’s pretty much the same for Guttermouth. 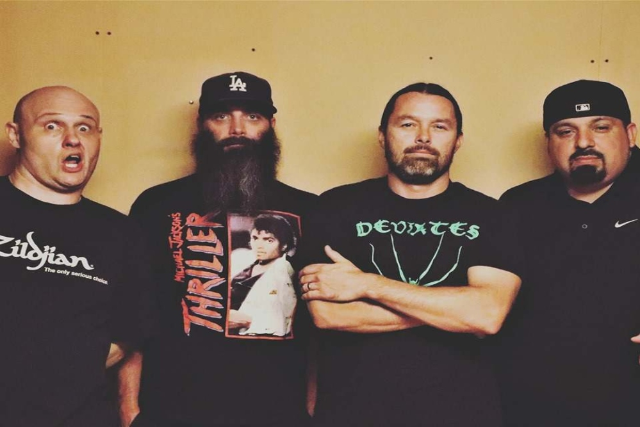 Fine Dining is a collection of veteran musicians who wanted to make something new and fun. They wasted no time putting together a debut EP at Buzz Bomb Studios. You can listen to their first single "A Drink For You" on YouTube now!
One Square Mile
Rock 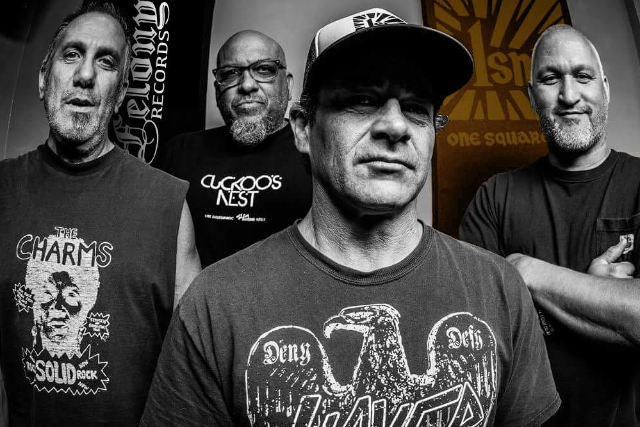 By All Means
Punk 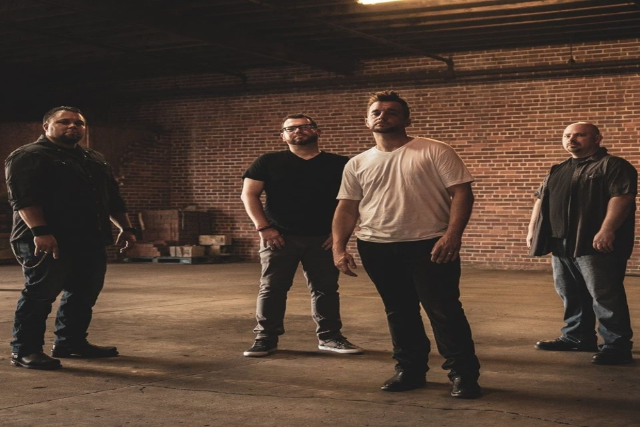 By All Means is a high energy 4-piece American hard-rock band combining equal parts melodic and crushing guitar riffs, catchy hooks, and tight solos. Strengthened by hard-grooving, aggressive bass and drums. They have a dynamic and powerful rhythmic style which grabs you and reels you in for a foot stomping, head banging good time. With vocals that convey just the right amount of emotion; blending screaming with singing, the angst-heavy lyrics flow between perceptive subjectivity and growling anger.