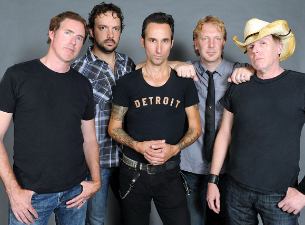 Sponge has proven to be one of the Motor City's heaviest hitters after gaining international notoriety with their debut album "Rotting Piñata” (Sony). Emerging from Detroit with hits like "Plowed" and "Molly (16 Candles)" Sponge received massive airplay on radio stations from coast to coast and were in heavy rotation on MTV. Both “Plowed” and “Molly” hit #5 on Billboard’s Modern Rock Charts, catapulting “Rotting Piñata” to Gold, and ultimately Platinum status.

Sponge’s subsequent releases “New Pop Sunday,” “For All The Drugs in The World,” “The Man,” “Galore Galore,” and “Destroy the Boy,” showcased the band’s swirling sonic attack, rooted in 70's glam and of course, the Motor City influences of The Stooges, The MC5 and Motown-but still sounding distinctly like no one else.

“Plowed” continues to be the band’s signature rock track, having been spotlighted on Guitar Hero’s “Warriors of Rock – 90’s Rock Track Pack” – and on the Paper Jamz Guitar Series 2, in addition to the soundtrack for the Gerard Butler surf movie “Chasing Mavericks.” 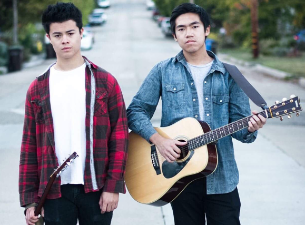 L.A. based rock band. Their performances have been described as energetic with vocal harmony hooks and extensive guitar work.